From Mindset to Actions of a perfect Strategy (Part 2)

Networking is the main tool that helps many people shoot for the star – the investment banking career. Making a good impression with people who have the power to hire you or who can recommend you to those doing the hiring can increase your chances of landing interviews dramatically. The right words in the right ear can open doors. When trying to land the job of a lifetime in one of the world’s most competitive fields, you have to take advantage of any path that gets you the proverbial foot in the door at top banks.

1. Why Networking is Key in Investment Banking

1.1. Understanding the Power of Referral System 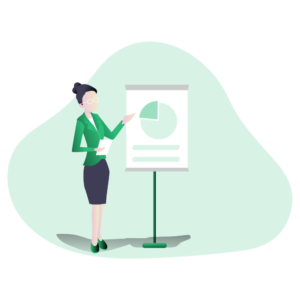 The first goal, and probably the most difficult, in your path to an investment banking career is to get an interview. Simply applying online by submitting a resume cannot guarantee to get you an interview. Even worse, your resume may not even have the chance to be viewed by recruiters, because banks are swamped with thousands of resume submissions each day.

According to Bloomberg News, in summer 2014 alone, Morgan Stanley received around 90,000 applications for analyst and associate positions, but only offered jobs to more than 1,000 of them. The number is the same for other Bulge Bracket banks and keeps increasing every year.

90,000 applicants is an incredibly high number. What’s more, the majority of them have the same background: graduate from prestigious universities with 3.8-4.0 GPA, finance-relevant internships,… So how can you compete against other high-profile applicants and get yourself an interview? And if you are a career changer or you do not attend target schools (schools that have on-campus recruitments by big firms), your chance of getting in is next to impossible.

To differentiate yourself from these tens of thousands of resumes, it is imperative that you have solid internal REFERRALS from current employees. Referral means pre-approval. If the candidate who they refer does not perform well in the interview, it will affect their reputation in a bad way. Thus, it is certain that current employees are selective with their recommendations and only choose those who they know thoroughly. The Human Resources departments rely on referrals to cut down on the number of candidates for the first interview round.

Setting up an internal referral is all about disciplined networking. Candidates will need to spend extensive time developing relationships with bank contacts to get the referrals they need.

1.2. How Networking Help You Get An Investment Banking Interview

If you’re networking with people in investment banking, asset management, private equity, or any kind of really solid tier one job, you’re making solid connections that will benefit you in the long run.

These people work in the departments or companies you’re interested in and can do the following things for you:

If you have multiple people pushing for you, your odds of getting an interview are going to dramatically increase. And as you know, face to face meetings are vital.

2. The Right Mindset when Networking for your Investment Banking Interview 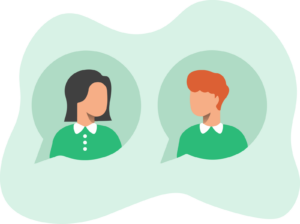 Despite a few dozen networking efforts, you are still waiting for your miracle call of the day. The bigger the effort, the higher the hope. You don’t know when it comes. Some first many hopes have passed, and now you turn desperate, thinking it was a waste of time.

One of the most important things about networking is NETWORKING IS A NUMBER GAME. The more you network, the higher your chance is in getting a valuable contact.

Networking requires you to do a lot of research for a contact list, send out a lot of emails, go to a lot of networking events and informational interviews, set up a lot of calling and meetings. What makes the process even worse is that most of your effort will get no reply.

Depending on the school’s alumni network and your personal profile, the email response rate may vary, but it is pretty standard to have a 10%-25% response rate for cold emailing. This means that among the 100 bankers you reach out, you may probably just hear back from 10-25 and hopefully be able to make a call with 50% of them.

But don’t get discouraged. Keep in mind that you are asking for precious time from someone who has to work 80-100 hours a week on tight deadlines with a lot of pressure. It is understandable that your email will be at the bottom of his priority list. As upsetting as it is to hear no reply or a “sorry I cannot help you”, don’t let it set you back.

Be persistent and keep reaching out to increase your chance of meeting those who are willing to help.

3. When Should You Start Networking

For a highly competitive field like investment banking, you must begin networking with bankers at least 6 months before the application process. In order to have the best chance of winning a full-time investment banking role at a tier-1 firm after college, your networking process should start right when you enter your freshman year. This is because of the nature of the investment banking recruiting timeline: it starts ridiculously early.

The investment banking recruiting timeline varies among countries, but for the US:

The main takeaway is that you need to start prepping for an IB internship in your 1st year of undergrad because the recruiting season for 3rd-year internships occurs during your 2nd year. These 3rd-year internships lead directly into full-time offers after graduation. Without these internships, your chances of winning a full-time role decrease significantly.

To have a shot at winning summer internships at large banks in your third year requires a sequence of previous work experience. The internships during and after your first year are extremely important since you don’t have much else to write about on your resume. So a great deal of networking since day 1 is required to get decent internships, especially if you don’t come from a target school. Remember, networking as soon as possible to leave a good impression early in the recruiting process.

4. Common Concerns about Networking in Finance 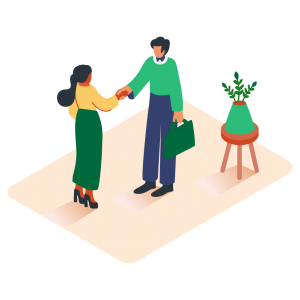 Q: But how will I ever know that someone I network with will turn to resumes and pick me?

A: Speaking of networking, it is about tipping the odds in your favor. So yes, many people don’t know that a specific person will select interview candidates. If you speak with dozens of bankers, your chances of winning interviews will increase significantly. There are no certainties in life; only probabilities.

Q: What are the specs for them bankers to ever respond to me? Am I sensitive to think that they think they’re being used?

A: Nobody is naive in the networking game. Once you’re in, you have got to have an objective for your action. Bankers already know it’s an internship or job that you are heading for. They’ll respond because if they recommend you, and you perform well, it will make them look good. And if you stay in the industry, you could become a valuable contact for them in the future. 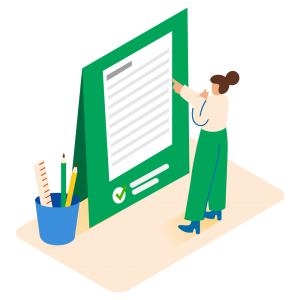 A: There is no place that can undermine networking, but there will be variations in different regions, such as mainland China. Despite rumors to the contrary, networking works well in the U.K. and other financial centers outside the U.S., as our many case studies with U.K. – based readers demonstrate. 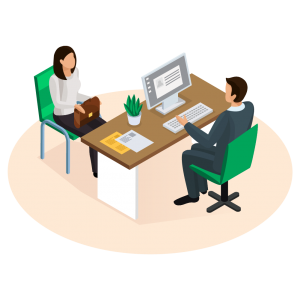 Q: I’m from a completely different industry. I can hardly network with anyone in finance. What should I do?

A: If you can’t find chances to network with them in real life, try to connect with them online, using LinkedIn to find professionals in your target industry, and then contact them via email. Or, attend nearby events hosted by banks or organizations like the CFA Society. 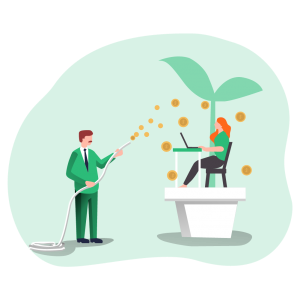 Q: My networking progress has been stuck. I’ve already tried contacting bankers, but no one hits me back.

A: Chances are you are using the wrong networking channel, or your opening message isn’t so good (many people are not good at concise and meaningful online messages), or your profile is somehow not suitable to get into IB. Good news is you can fix most of these.

Networking is the main tool that did help many people shoot for the star - the Investment Banking career, but...