Investment banking is one of the most prestigious career paths in finance and even though the work is gruelling at times, the pull behind investment banking roles for most people is that you have the ability to make a lot of money. So, let’s jump right into it – how much do investment bankers really make?

1. How Much Do Investment Bankers Make?

On average, an entry-level investment banking analyst earns $100,000 annual base salary, while a first-year investment banking associate may earn up to $180,000. Vice presidents are typically paid $200,000-$300,000. The highest on the food chain is the managing director, who makes anywhere from 600k to several million dollars.

Disclaimer: The actual salary you receive will depend greatly on where you are hired. The figures above are ballpark numbers.

Investment banking total compensation is made up of five components: 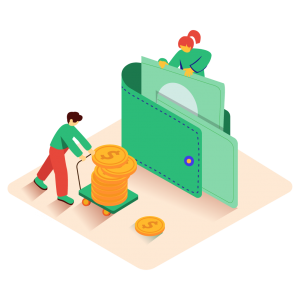 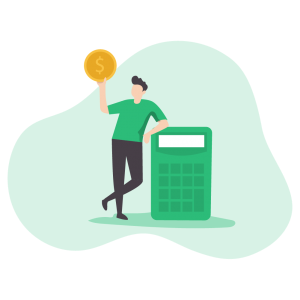 Summer analysts refer to interns working for 8 to 10 weeks in the summer. During the internship, they can get paid an $85K pro-rated salary with a few thousand dollars for a housing stipend. However, they do not receive any additional bonuses.

The best way to get a job in investment banking is to land an internship. Typically, you land a job your junior summer, get the offer before your senior year starts, and then party during your last year in college.

Investment banking analysts are typically hired straight out of college into a two-year program that sometimes extends to the third year.

Since May 2021, major Wall Street investment banks like Goldman Sachs are giving their junior bankers a pay raise. First-year analysts — the most junior of investment bankers who are typically recent college graduates — will be paid a $110,000 annual base salary, up from $85,000, according to a person with knowledge of the changes. The person added that second-year analysts will earn $125,000, up from $95,000, and first-year associates will get a $25,000 pay bump to $150,000.

A note on the stub year: Analysts arrive in the summer after completing undergrad. Traditionally investment banking analysts get their first-year bonus a full 12 months after arriving and don’t switch to calendar year bonuses until they are promoted to associate (“a to a”). However, firms are increasingly switching to the “stub year” model for IB analysts, to reset their bonuses to a December calendar year-end. In this case, analysts get a small stub at the end of their first calendar year (usually $25,000-$30,000 just 5 months after arriving), with the next bonus coming 12 months later.

For competitive reasons, base salaries are fairly standard during all 3 years at most investment banks at $150k, $175k, $200k for year 1, year 2, and year 3, respectively. Meanwhile, bonus disparity based on associate performance grows over time.

Total compensation is usually just a bit lower at large middle-market investment banks, but can get considerably lower at small regional firms outside of New York. Elite boutiques generally pay in line or better than bulge brackets. Below is a table summarizing average compensation for stub year, 1st year, 2nd year and 3rd-year associates.

A note on the stub year: Associates usually arrive in the summer after completing business school. Instead of paying the bonus 12 months later, banks pay associates (and analysts) their bonus for just the next 5 months (“stub bonus”) to reset them to a December 31 calendar year-end. Bonuses for the past year are usually communicated in January and February (“bonus season”). 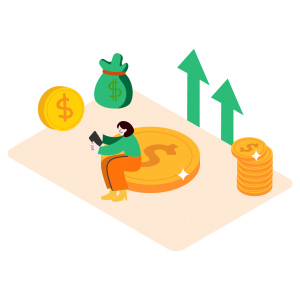 The investment banking director salary ranges between $500,000- $700,000 at most bulge bracket investment banks and elite boutiques. The all-in comp is comprised of a base and bonus component:

Directors are almost at the top of the food chain in investment banking, sitting above vice presidents and below the almighty managing director.

The total compensation is comprised of both a base and bonus component: 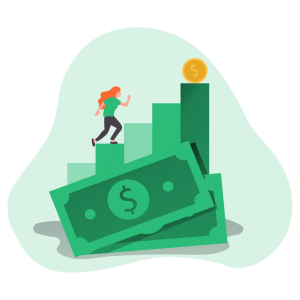 Unlike the more junior staff (analysts, associates) and the mid-level staff (VPs and Directors), the large bulk of managing director compensation comes in the form of a bonus which is largely dependent on how much business the MD has brought in. To reflect the importance of performance at the MD ranks, Goldman announced a few years ago that it would no longer guarantee its Managing Directors a minimum salary of $500,000.

At bulge bracket banks, a large portion of bonus for senior investment bankers, however, comes in the form of stock and deferred compensation. Deferred portions generally vest over a period of 3-5 years which incentivizes bankers to stay with the firm and potentially receive a bonus as high as $1 million.

8. What Determines the Salary of Investment Bankers?

Each investment bank works on different deal types. Bulge bracket banks are mostly involved in various services such as M&A, equity/debt issuances, and restructuring while middle market or elite boutique work on a specific deal type such as M&A or restructuring. Thus, most elite firms pay for their employees generously: 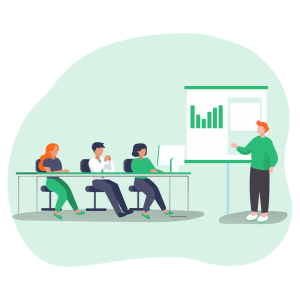 The firm’s performance will materially affect the amount of end-of-year bonuses for employees. When the revenue is lagging, investment banks have to face some defections and cut bonuses to reduce costs. Thus, banks’ past performance might be helpful for you to compare compensation among many investment banks.

In 2020 – a year of recession, JPMorgan, Goldman Sachs, Bank of America and Morgan Stanley are leading banks by revenue. The endless money printing from central banks leads to a surge in debt & equity issuance and M&A activity in the second half of 2020 though at the beginning, investment bankers are freaked out about the bonuses when they work from home. 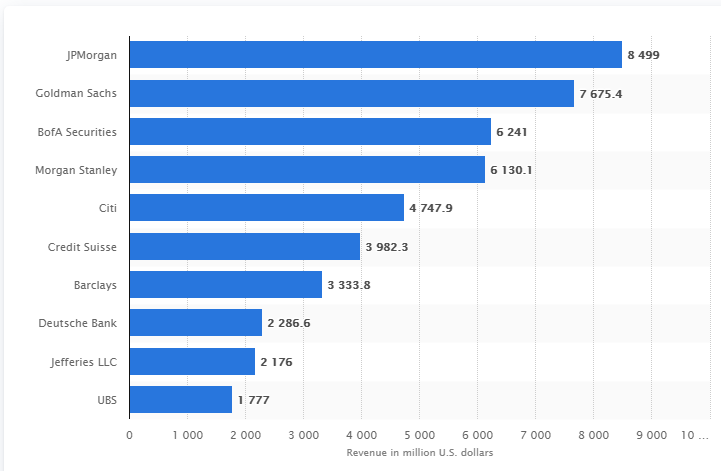 One important thing to recognize is that investment banking pay is going to fluctuate with the overall deal volume of the industry. If the economy is slow, then there are fewer deals to do, and fewer commissions to be made. 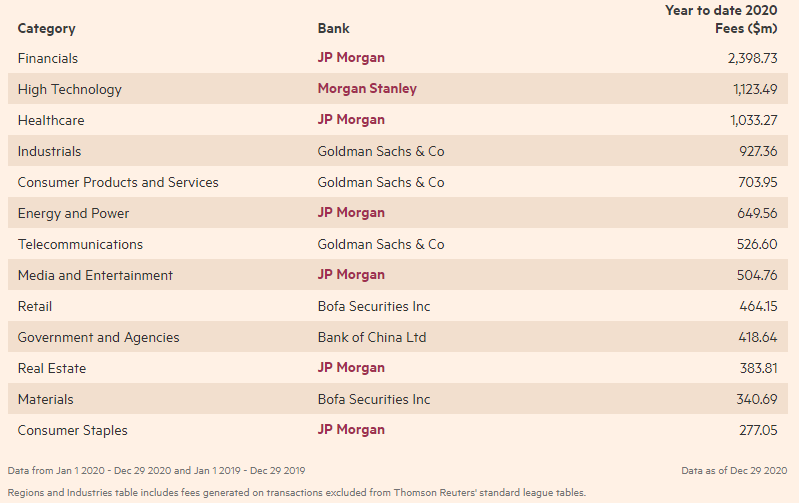 Along with the success of the firm and group, individual performance determines the bonus for each employee. Some banks will further tier their bonuses into “buckets”. They will incentivize performance by paying better performing analysts more. At bulge brackets, top bucket analysts will generally make ~10-30% more than bottom bucket analysts. However, some firms have very small bonus ranges (e.g. as low as $5k).

When climbing up the ladder, senior bankers mostly receive bonuses based on their own performance. Specifically, 1% commission for deals worth less than $1bn while deals worth more than that would come with 0.1% commission.

9. Investment Banks That Pay the Most

A number of boutique investment banks pay more than others. Expect to get paid 20 – 30% higher (~$15-20K more) during your years as an analyst at the shops below and a larger difference at the Associate and VP levels.

Don’t expect any large bulge bracket to pay the most. They use their names/brands to attract talent and usually pay in the middle of the pack.

Even though people think of Lazard as a boutique investment bank, they do not pay the same as the others. They pay average at best on par with the bulge brackets.

11. Investment Banks that Pay the Least

Analysts get the least pay at basically any of the middle market investment banks that don’t get the same level of deal flow as the larger banks.

Here is the blunt truth of Investment Banking Analysts without exaggerating the job description, you should know to assess if it would be the best fit to strive for....

Unlike applications in the U.S, Investment Banking recruiters in the United Kingdom always require a cover letter in their resume...

However, the compensation may be not as good as that in private equity, and it is a challenge to be...